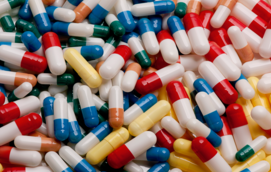 The Boston area is home to a biotechnology cluster that continues to out-pace its rivals in money raised, industry strength, and presence of leading elements of innovation. Complementing its outstanding biopharmaceutical companies are 122 colleges and universities, over 40 of which offer advanced degrees in the life sciences, the top five National Institutes of Health-funded hospitals in the nation, and the highest educated workforce in the U.S. that offers unparalleled skills and productivity to employers.

Although the first biotechnology company Genentech was founded in San Francisco, in 1976, Massachusetts soon followed with what are today two of the most significant biotech organizations. Biogen was founded in 1978, and Genzyme (now Sanofi), in 1981, both of which are based in Cambridge, MA. After nearly three decades of growth, the state ranks as one of the most significant biomedical centers in the world.

The Massachusetts life science industry is comprised of approximately 500 biotechnology companies, more than 500 medical device and equipment manufacturers and more than 75 pharmaceutical companies employing 75,000 workers. Over 60% of companies have fewer than 50 employees, a testament to Massachusetts being a hotbed of young, innovative companies. The life sciences cluster is anchored by a unique concentration of major research universities, research institutions, and teaching hospitals, including MIT, Harvard, the Broad and Whitehead Institutes, and the Massachusetts General Hospital, to name a few.

Massachusetts researchers at these institutions and companies receive over 11% of all NIH funding. The Massachusetts share of all U.S. venture capital is 26%. Over this short span of time, Massachusetts-based biopharmaceutical companies have already developed 50 large molecule drugs covering a range of illnesses, including areas such as cancer, infectious, and neurological diseases. Today, there are nearly 895 drugs being developed in Massachusetts, representing over 7 percent of the global drug pipeline. Of these 217 are biologics. Twenty-one of the top 50 biopharmaceutical companies by revenue have a Massachusetts presence. The state has also emerged as a leader in biomanufacturing, both in existing capacity and in the development of innovative technology. For more information see www.massbio.org.